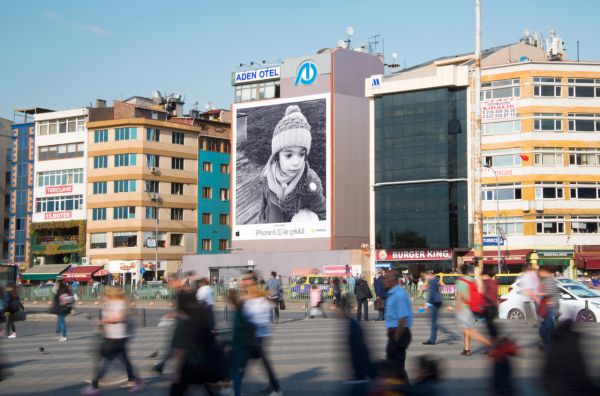 The Foundation of the Turkish Parliament (23rd of April) is dedicated to children and celebrated as a big national holiday in Turkey.

On Children’s Day, we changed all Apple World Gallery outdoors in Turkey with children photos shot on iPhone. The campaign has created by far the greatest publicity that Apple has ever had in the market. Plus, it was the first ever locally originated campaign that Apple has aired in Shot on iPhone series.